Relive memories of your trip to Niagara Falls with this set of  Niagara Falls State Park pressed pennies. This set of seven smashed pennies includes images of the waterfalls, the Rainbow Bridge, the trolley, and more!

Niagara Falls is a trio of absolutely gorgeous waterfalls located a short distance upstream from where the Niagara River empties into Lake Ontario.  You can see the mist rising from miles away.  As you stand viewing the American Falls, Bridal Veil Falls, and Horseshoe Falls, it is hard not to stand in awe of the raw power of the water gushing over the cliffs.

With our kids on a church retreat, my husband and I took the opportunity to cross something off our bucket list and finally visit Niagara Falls.  Words can not even express the beauty of this place!

We were blessed to be able to spend 4 days, hiking through Niagara Falls State Park and along the Niagara River Gorge, taking in the beauty of God’s creation.  It was a trip I will never forget.

For more information on visiting Niagara Falls State Park, be sure to visit their website.

Unfortunately, I did not get all of the Niagara Falls State Parks pressed pennies.  I did not think to look up the locations before we left.  So I only got the pennies from machines we stumbled upon.

If you are near Niagara Falls and can get us some of the other designs, we would love to trade with you!  I would especially love the pennies from the Niagara Falls Rainforest Cafe!

This smashed penny depicts the observation tower that gives you an amazing view of all three waterfalls.  This tower also houses the elevator that will take you down to the entrance for the Maid of the Mist boat ride.

If you are making a special trip to Niagara Falls State just to press a particular penny, you might want to call to verify that the machine is still there before you go.

There are machine locations throughout the park and in the surrounding city of Niagara Falls.

Know of another pressed penny machine location within Niagara Falls State Park, leave the information in a comment below.

Other Niagara Falls smashed penny designs that might interest you… 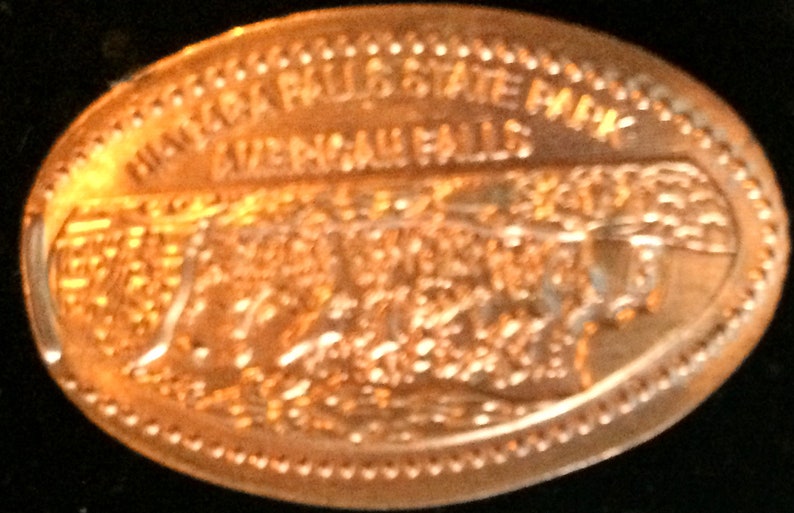 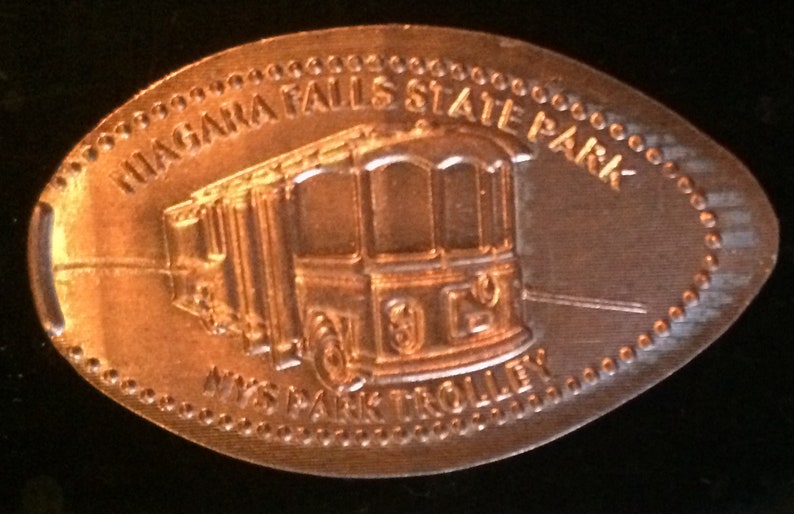 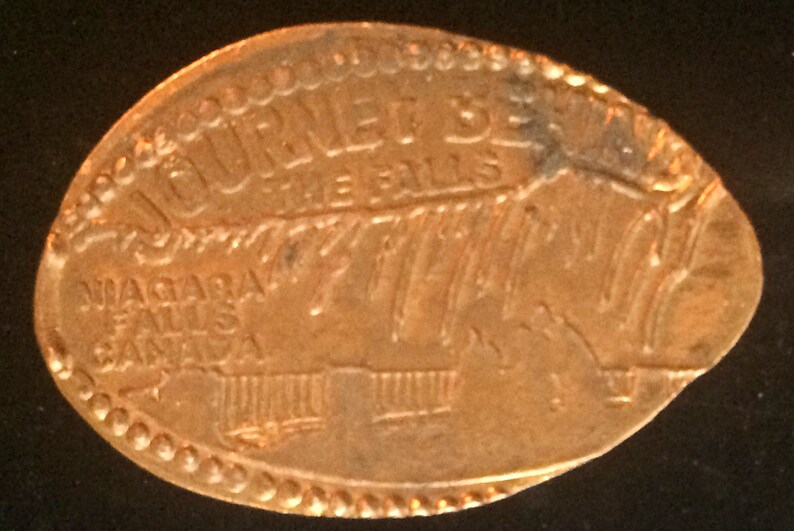 Journey Beyond the Falls Pressed Penny

While you are here, be sure to check out the rest of the smashed pennies in our collection.

If you have any updates on any of the Niagara Falls machine locations or the pressed penny designs, leave a comment below so we can update this post.

Until next time, keep on squishin!